Our clients have numerous options when it comes to choosing an interpretive platform provider. Why, then, have so many chosen Tour-Mate? We believe that the answer lies in our approach to doing business. First, we listen to prospective clients and show them the respect they deserve. Big or small, simple requirements or advanced custom solutions, we take the time to understand what the issues facing our prospective clients are, and what types of interpretive approaches represent the best solutions for them. Second, we strive to provide the best value for our clients. To us, ‘value’ is a composite that includes price, product, personal attention, and long term client service.

We combine a range of great products with attractive pricing, attention to detail, and on-going, world-class service. 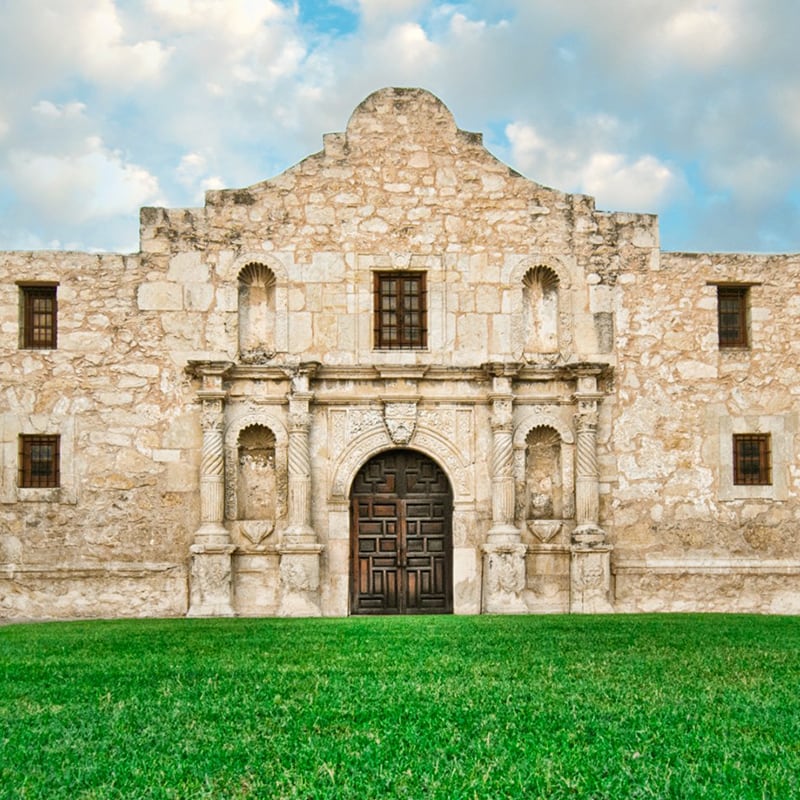 The most visited tourist attraction in Texas! Located in the heart of San Antonio, this iconic attraction is managed by the Texas General Land Office (GLO). It is not uncommon to see long lines of people waiting to visit, as annual visitation hovers around three million. There is no admission fee at The Alamo- entry is free. Maintaining this historic attraction is dependent upon both donations as well as the ability of the GLO to generate revenue from services provided to visitors.

Visitors have the option of renting the informative and entertaining audio tour to guide them through this historic site. These rentals represent a critical component of the Alamo’s revenue generation, for they receive zero subsidies from any level of government. When Tour-Mate first entered into discussions with The Alamo it was offering visitors an audio tour provided by another entity, who had provided the equipment and created the tour content. This other company controlled rental pricing as well as audio tour sales and distribution.

The Alamo indicated that it was unhappy with this third party’s sales effort, as the revenue being generated was needed to help The Alamo fund on-going operations. Changing audio tour providers would mean more than simply swapping out hardware. Upon examination The Alamo discovered that it did not have complete ownership of its tour content. Such a change to a different hardware provider would likely entail creation of new tour content in multiple languages. While Alamo curatorial and education staff were willing and able to write new tour content, there was no budget for translation services and tour production in multiple languages.

Tour-Mate created a multi-year package for The Alamo that included the provision of translation and production services, provision of our SC550 Listening Wands a random access audio tour platform perfect for multilingual tour offerings, and a combination of on-site and depot equipment service. Control of audio tour distribution, as well as rental pricing decisions, were handed over directly to The Alamo. Their success at revenue generation is now a function of its own efforts and not those of a third party. As a result of the package created by Tour-Mate, ownership of all tour productions will reside with The Alamo. We further empowered this client by providing them with the software and training which enabled them to change their tour content at will. While Tour-Mate stands ready and able to assist in further content creation, The Alamo is free to create content in whatever manner that best fulfills its long term objectives. 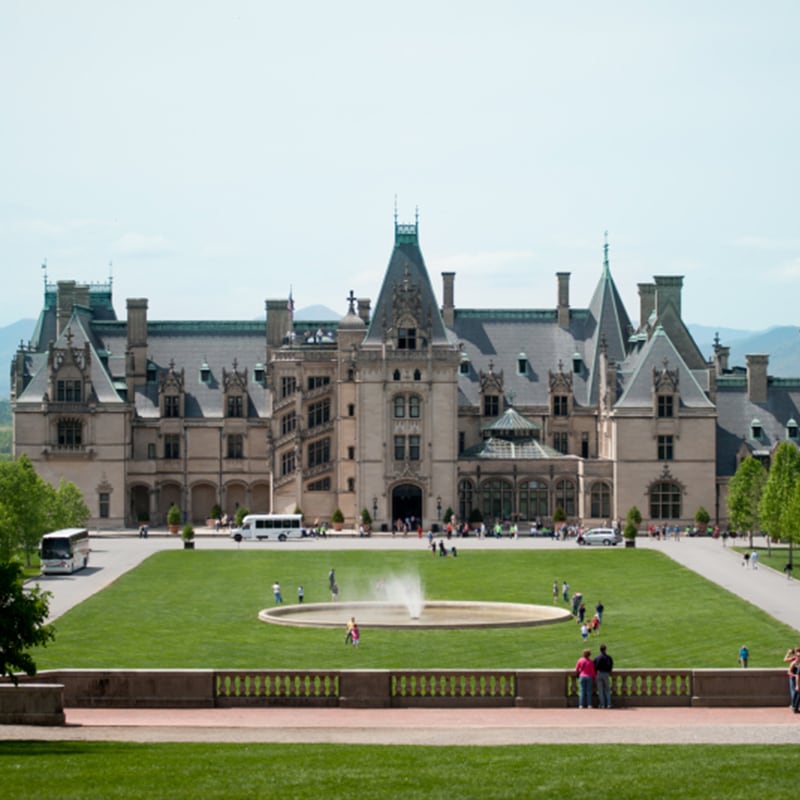 The Biltmore Estate features a Châteauesque-style mansion built by George Washington Vanderbilt II between 1889 and 1895. It is the largest privately-owned house in the United States, at 178,926 square feet (16,622.8 m2) and featuring 250 rooms. It stands today as one of the most prominent remaining examples of the Gilded Age. The Biltmore Estate receives thousands of visitors daily, consistently throughout the year, totalling at around one million per annum.

After having been a client of an alternative interpretation provider for many years, the Biltmore Estate switched to Tour-Mate in 2013. Guest Services staff at the Biltmore estate selected Tour-Mate because of: value, pricing, long battery life, quick service and repair turn around, seasonal hardware quantities, breadth of product line (which enabled Guest Services to address the needs of free independent travelers as well as visitors arriving in groups) and creative vision from our Content Creation team. Biltmore’s new audio tour was launched with both an adult and children’s versions, providing an informative and enjoyable visit experience for guests of all ages.

When asked about their experience working with Tour-Mate, Ellen Rickman, Director of Museum and Guest Services said, “In late 2012, Biltmore selected Tour-Mate Systems as our new provider of tour services, based primarily on recommendations from other Tour-Mate customers. In the summer of 2013, we rolled out two all-new tours introduced in collaboration with Tour-Mate, one for adults and one for children. The experience since has been nothing but positive. Biltmore’s visitors give our new audio tours consistently high ratings, and we’re also extremely pleased with Tour-Mate’s commitment to customer service. We look forward to continuing our relationship with Tour-Mate in the future.” 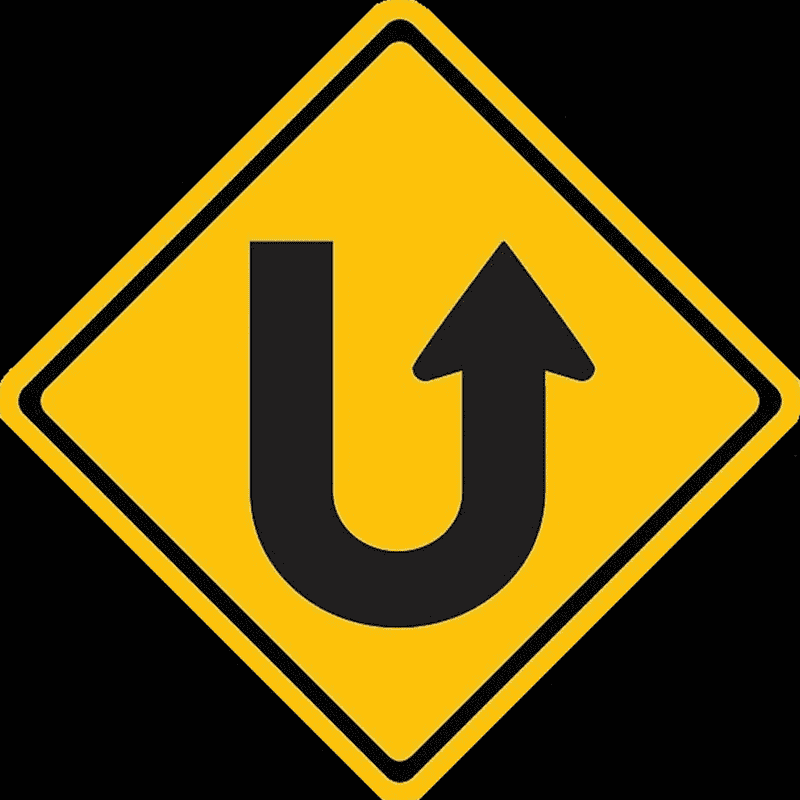 Tour SEKY is an umbrella organization which was set up to educate, expand, and develop tourism in Southern and Eastern Kentucky. Tour SEKY came to Tour-Mate for assistance with its mission. Many of the locations where it wished to provide information to tourists were roadside ‘pull-outs’ on scenic highways and byways. In some instances, the information provided related to the specific road side area, and in others, aimed to promote tourism services located in the broad general area.

Tour SEKY required a platform that was easy to install, did not require electricity, was weather proof, and required little, if any, maintenance. In 2010, Tour-Mate delivered 15 EB-100 units to Tour SEKY. These were installed in various Tour SEKY constituent counties. Since the initial delivery, Tour SEKY constituent counties have procured an additional 10 EB-100 units. In one instance (Prestonsburg Convention and Visitors Bureau), six EB-100 units are being deployed as part of a giant outdoor scavenger hunt program. 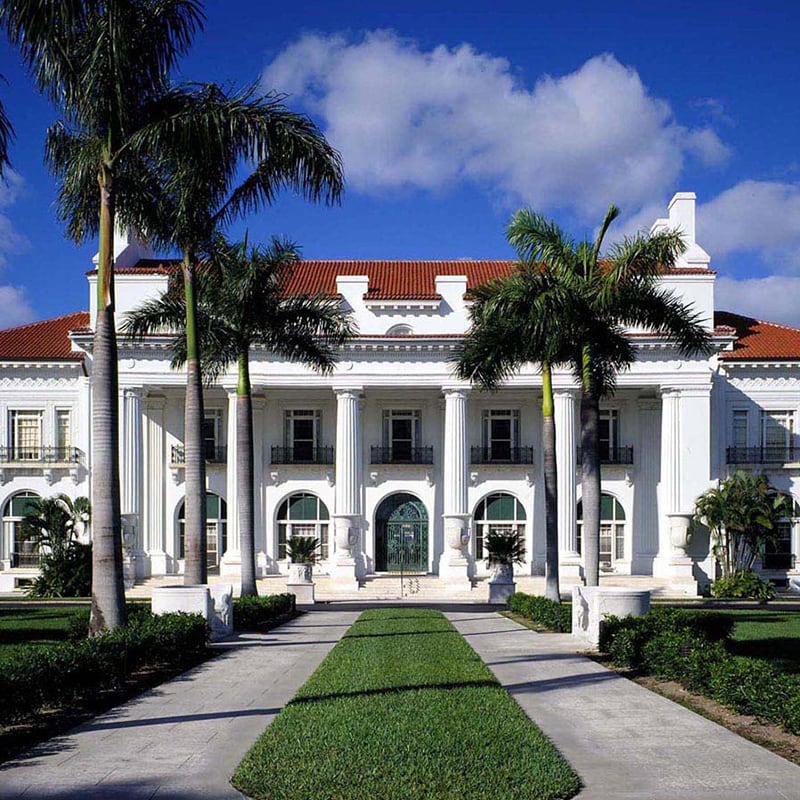 The Flagler Museum of Palm Beach, FL, was the home of Henry Morrison Flagler, who along with John D. Rockefeller, built the Standard Oil Company into a business powerhouse. Flagler also opened Florida to tourism by building hotels and railways within the state. His estate in Palm Beach is often considered the quintessential example of America’s ‘gilded age’. When Tour-Mate entered into discussions with the Flagler Museum, it had a tour guide system from another entity. The interpretive platform was being provided on a lease, and the Museum was dissatisfied with the level of service and support being offered.

Tour-Mate proposed replacing the system with the SC550 Listening Wand system. What the Flagler Museum found attractive about the Tour-Mate system was our commitment to on-going product service, our attentive customer service, as well as out willingness to provide content creation/software management tools to the Museum. Replacement of the incumbent system with an SC550 system necessitated producing a new tour in English and Spanish from English scripts written by Flagler Museum staff.
The Museum hoped to have the system installed and running the day after its agreement with its previous tour guide supplier expired. This goal made it a high intensity job, as the go ahead was not given until the beginning of December 2010, and the desired project deadline was January 1, 2011. Working straight through the Christmas holiday period, Tour-Mate’s Production Team and Support Services Group succeeded in producing both English and Spanish tours, processing these tours to conform with SC550 software protocols, assembling the requisite number of SC550 Listening Wands and Charger/Programmer modules, and shipping all the equipment to Palm Beach. The system was installed by a Tour-Mate technician, and Flagler personnel were trained in the use of the SC550 system and the SC550 Edit Capability software. System installation was completed on December 31, 2010 and the system went live New Year’s Day, 2011. 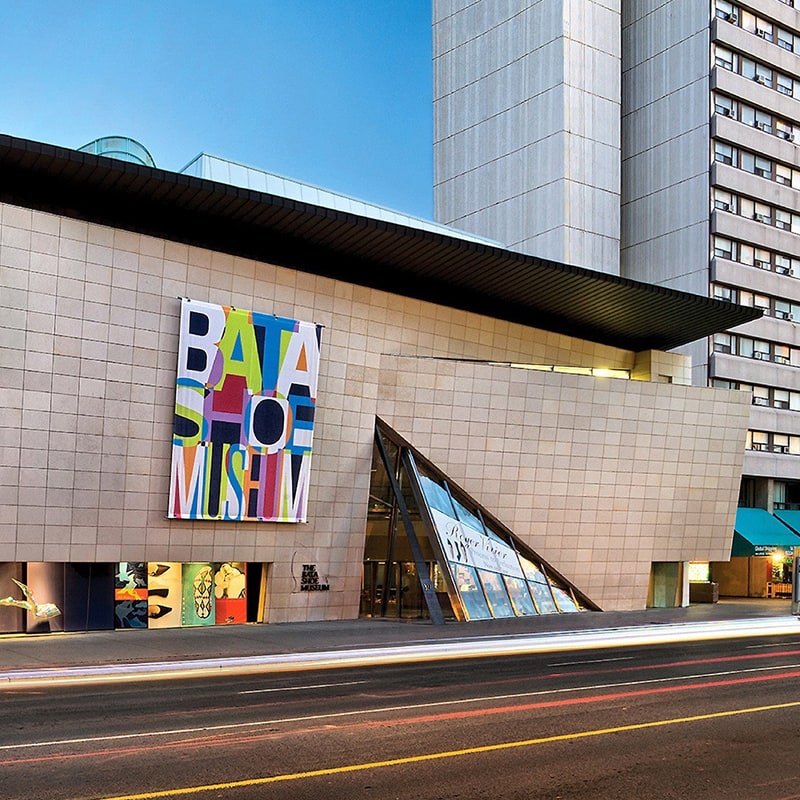 The Bata Shoe Museum is a jewel of a museum located in downtown Toronto.
The Museum’s extensive collection of period footwear, as well as footware items from famous personalities, provides a fascinating perspective on both fashion and functionality.

While located in downtown Toronto, the Bata Shoe Museum, lacks the resources and profile associated with other, larger downtown Toronto museums. The Museum building sits on a busy city corner and incorporates showcase windows exhibiting artifacts to passersby. The Museum was looking for an interpretive solution which would provide audio information about exhibits inside the Museum, as well as information to passersby walking past the Museum’s display windows. In 2008, the Bata Show Museum implemented a Tour-Mate cell phone tour. Visitors to the Museum, as well as casual passersby, could access information about Museum exhibits on their cell phones by dialing a toll free number. The easy to use content management system enabled quick updating to the information as exhibits changed. 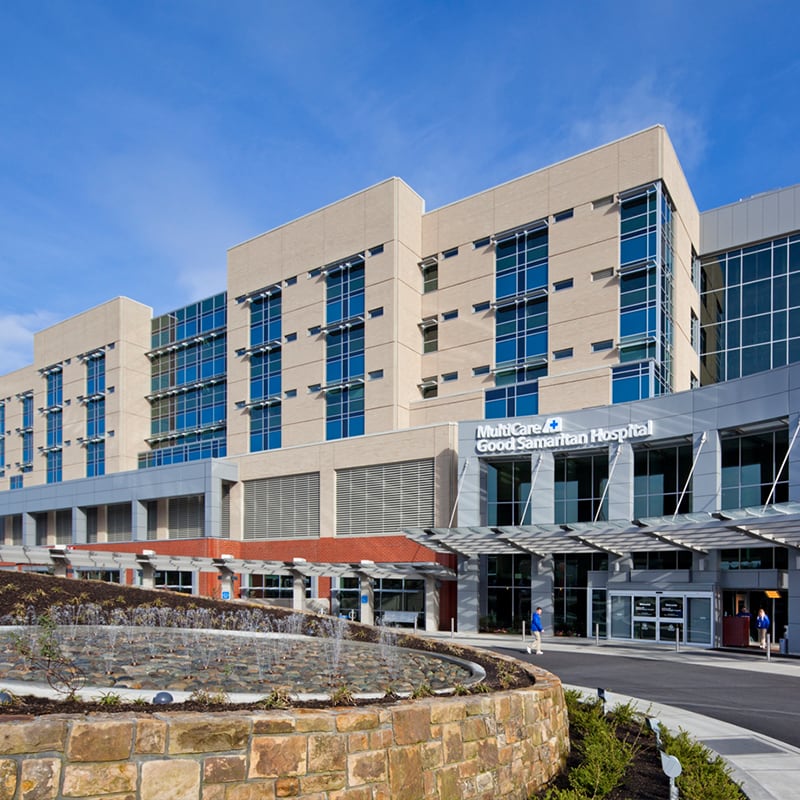 The Good Samaritan Hospital in Puyallup, WA was putting the finishing touches to a major facilities expansion. It came to Tour-Mate looking for a way to provide a tour of its new facilities to staff, donors/patrons, and the community at large.
The hospital was looking to provide a large number of self-guided tours during a short, 10 day time frame. Good Samaritan had a third party producer create its audio content and Tour-Mate provided a large SC550 system as the platform to provide the content to visitors. To minimize system set up and tear down, all the Charger/Programmer modules were factory installed into rolling, shock mounted, shipper cabinets. Installation required locating the cabinets near electrical outlets, removing protective, front cabinet cover panels and placing the SC550 Listening Wands into the charger pockets. Removal of the system was equally quick. The use of shock mounted shipper cabinets reduced system installation and removal times to under two hours, and resulted in considerable cost savings and logistical support efforts required from the hospital. 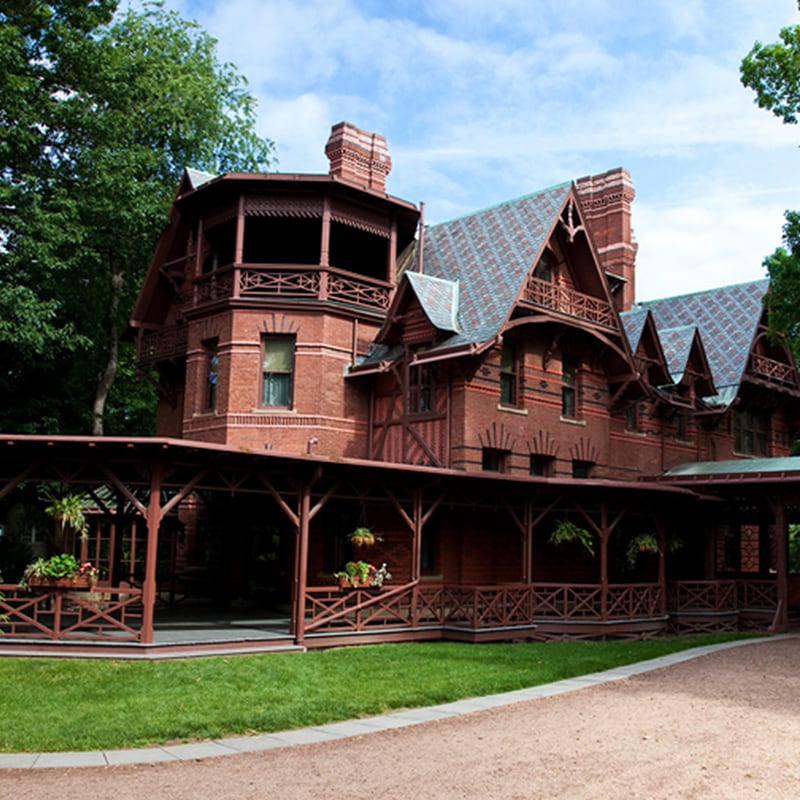 Design firm Staples and Charles came to Tour-Mate looking for a custom audio solution for the orientation area at Mark Twain House in Hartford, CT. Staples and Charles was looking for some of the functionality of the SC550 Wand, built into the furniture that visitors would be seated upon when in the orientation area. The concept was to permit visitors to select from multiple audio tracks, and plug a set of headphones (provided by Mark Twain House) into the armrest of the bench upon which they were seated. A master override switch was required which would permit a group leader or a speaker to take control of the system and provide audio through a microphone, directly to the visitor. Tour-Mate made custom modifications to its SC550 hardware and software, and worked with Proto Designs, the fabricator of the custom seating for the orientation area, to effect installation of the electronics into the armrests of the benches.